This Ecommerce Retailer Grew An International Company From The Ground Up

This Nonprofit Produced 4,000 Hours of Video So Kids...

By Christa Fletcher, contributor at the Underground Group

Blair Brewster is the founder and CEO of SmartSign, a custom sign company with offices in Brooklyn, New York and Jaipur, India. Like many solid enterprises, Brewster’s started with a story: In 1999, he conceptualized his business upon reading about an incident in which a little girl sustained severe injuries after playing too close to a transformer.

Tenants in the girl’s building had noticed the transformer door was ajar, but they couldn’t find a warning sign or contact number to report the problem.

“I realized there was an unmet need for safety signs that could prevent a tragic accident like this from happening in the future," Brewster said.

At the time, Brewster was the president of a company that makes security signs and labels. He pinpointed a hole in the market: There was a need for low-cost custom signs that could be made quickly. With this angle, his leadership experience and a passion for graphic design, Brewster launched SmartSign that year, in 1999. The company now serves more than 1 million customers in 75 countries and grows by 15-20 percent annually. 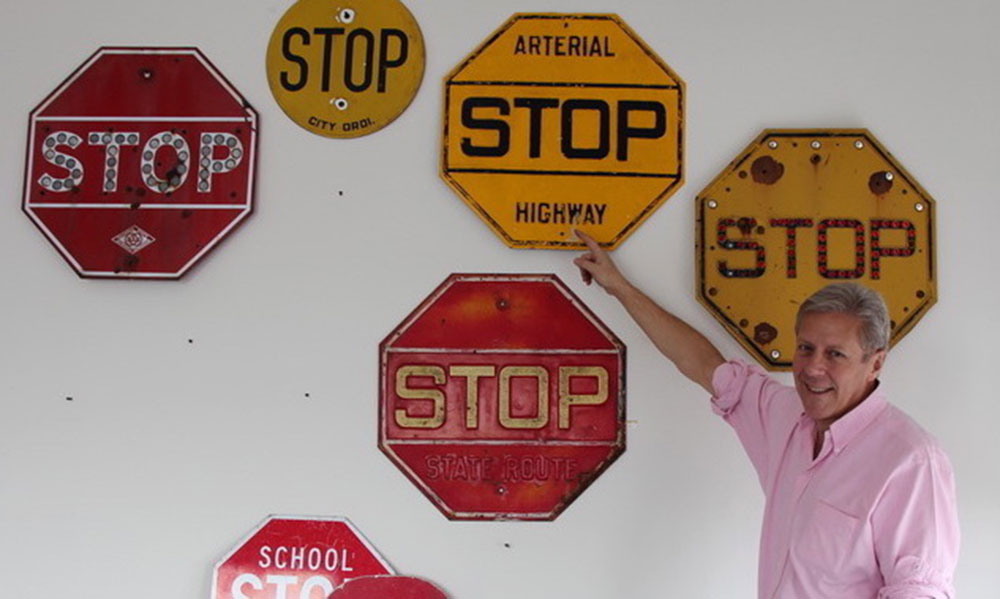 In starting SmartSign, Brewster learned that geography no longer limits business owners. The world can be their market from the get-go. Building a successful international company, however, requires a strategy and a trusted team that truly works together—despite their differences and distance—toward a single goal.

And after nearly two decades, Brewster is expert at running an ecommerce company with team members in three different time zones. Here are his tips for taking your business global.

Brewster and his business partner, whom he met at business school, prioritized SmartSign’s initial hires as designers and site programmers. Brewster posted a job ad on Monster.com, and the ideal candidates turned out to be farther away than he’d expected, in India.

From that ad, Brewster met and hired two partners who built SmartSign’s websites and another who managed design and graphics. Together, the team later hired another partner who still manages SmartSign’s Jaipur office.

Brewster hadn’t set out to build a team in India, but he realized he didn’t need to limit his location to New York. He could set up operations in Jaipur and Brooklyn while still working with third-party vendors across the U.S. for manufacturing.

The setup was simply a case of “the right fit with the right individuals,” Brewster said. SmartSign’s founding partners moved to New York with their families and traveled to India periodically to open the Jaipur office. They also hired staff in India to help coordinate between the two locations.

SmartSign hired and trained a team of designers, engineers and quality control personnel in Jaipur and an IT team, product managers and call center staff in Brooklyn. There are now 50 employees in Brooklyn, 75 in Jaipur and several hundred working remotely with the independently-owned vendors who produce SmartSign products.

Some of SmartSign's team gathers in the Brooklyn office. 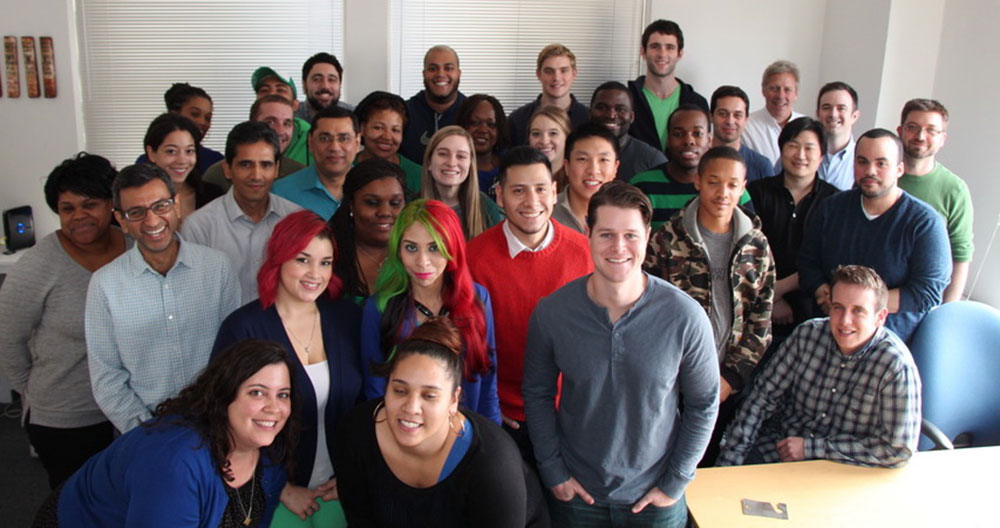 2. Commit to a shared purpose.

SmartSign differentiates itself from competitors by delivering its signs exceptionally fast. They offer more than 300,000 signage products—which customers can fully customize—with same-day shipping in the U.S. and Canada. Products ship internationally within a week.

“On our sites, if you customize a sign template by 2 p.m., we will ship you that sign that same day, via UPS Second Day,” said Brewster. “To make the best possible sign, customers’ personalized designs are almost all tweaked by our art team. Logos have to be cleaned up, layouts refined, and a proof has to gain customer approval, all before sending the file to the factory floor in the U.S. This has to happen in an hour or two.”

The process requires teamwork between staff at all locations. Brewster said his team usually talks on the phone each morning on Eastern Time, then sends emails and instant messages throughout the day. Careful tracking happens on giant screens in the offices, as clocks count down the time to delivery for thousands of orders across the globe.

“The level of coordination between teams is amazing,” said Brewster. “With a real sense of shared purpose, the teams pull this all off along with our ‘Same-Day Custom Sign’ program at scale, which is an industry first.”

Brewster video conferences with SmartSign partner Vikas Badal, who's based in Jaipur. 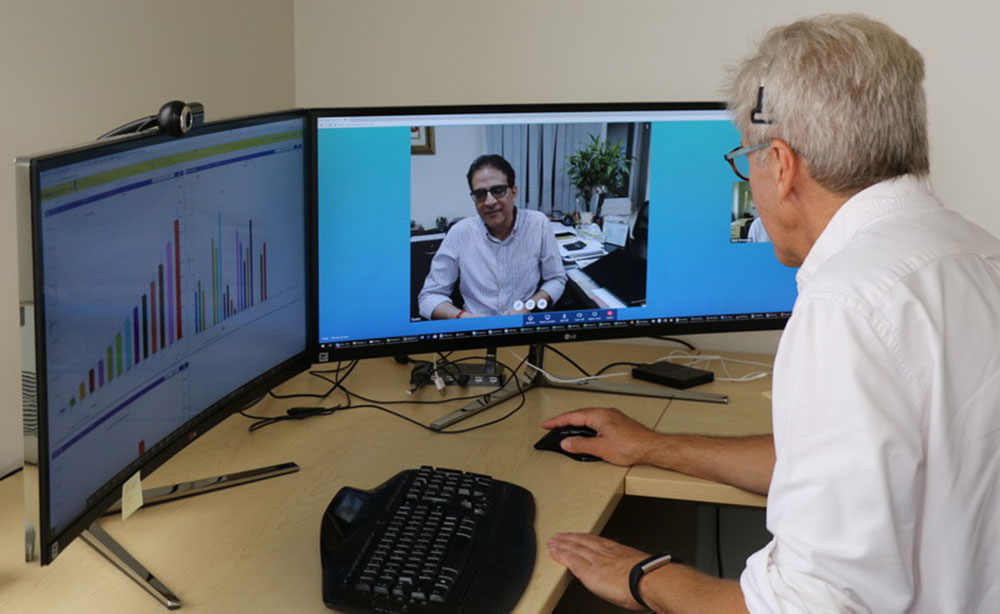 3. Create a culture of respect.

Brewster cultivates an environment that keeps employees happy and engaged. Since both offices began in partners’ homes, the international teams are close-knit.

“Our work culture, in many ways, derived from our early days," Brewster said. “We all worked together as a family … Diversity makes us better. It's essential to acknowledge the best ideas come from divergent backgrounds.”

Since SmartSign’s partners spend time in both offices, they know each employee well and communicate about their management styles. They seek feedback and suggestions from their call center team in Brooklyn, while their engineers in Jaipur suggest ways to improve their sites and user experience. 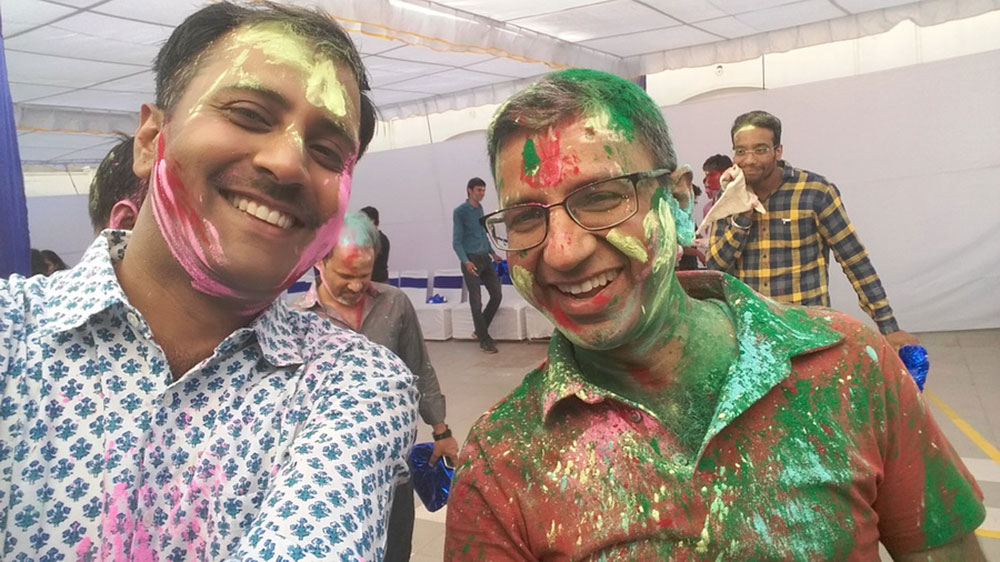 4. Be selective about new projects.

But that doesn’t mean he bites at every growth opportunity he sees.

“Growth for the sake of growth can quickly get you into trouble,” Brewster said. “You need time to listen to the customers, time to design and test products that outlast the competition and the patience to truly understand the dynamics whipping through our marketplace … There are times to stay in your lane and times to pass.”

For example, SmartSign owns a website that lets visitors customize dog waste signs. These customers have asked for dog waste bags to go along with the signs, and selling a “repeat item” like waste bags could be a huge money-maker for SmartSign, Brewster said. However, the waste bags currently on the market aren’t high quality. Someone needs to develop a better product, better marketing for it and better pricing.

Therefore, “As tempting as this market might seem, we are not ready [to enter it] yet,” Brewster said. “We need to stay in our lane. For now.”

Brewster’s goal is still to fill a need in the market while reaching customers of all backgrounds. Thanks largely to its low prices, SmartSign’s customers aren’t just large corporations: They include small businesses, nonprofits, churches, military bases, schools, universities and sign resellers.

Lately, SmartSign has been pivotal in producing “all gender” bathroom signs to support the rights of people who identify as transgender. The company has donated thousands of these signs to businesses, schools and organizations.

Plus, the signs help customers worldwide avoid traumatic incidents like the one that sparked Brewster to found the company in the first place.

No more wasted time in 2022. Automate with NetSuite ERP.

NetSuite has packaged the experience gained from tens of thousands of worldwide deployments over two decades into a set of leading practices that pave a clear path to success and are proven to deliver rapid business value. With NetSuite, you go live in a predictable timeframe — smart, stepped implementations begin with sales and span the entire customer lifecycle, so there's continuity from sales to services to support.